Frederick Brooks Baker of Bolton, Connecticut, was born March 26, 1881 in Andover, son of Harriett (Goodale) and Adelbert Baker.  He was found dead at the circus grounds after the fire on July 6, and was buried at Ellington Center Cemetery in Ellington after services at the Ladd Funeral Home.  Mr. Baker was employed as a laborer and leaves his wife, Bertha E. (Richard) Baker, 57, and his daughters Mrs. Agnes E. Kreysig, 37, and Mildred L. Baker, 36, all of Bolton.

Body #1515 was identified as Frederick Baker by his son-in-law, Oscar Kreysig, also of Bolton.  Frederick had planned to take his grandson Richard Kreysig to the circus, but the youngster chose to go to the movies instead.  Mr. Baker's estate was awarded $8,500 by the arbitration board. 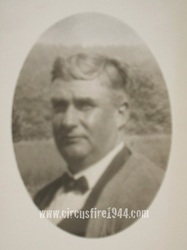 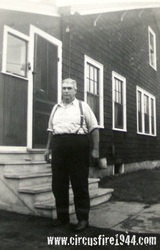 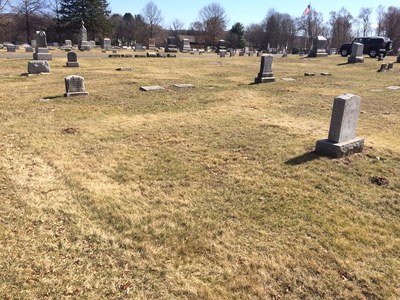