Mrs. Gladys Mary (Morin) Barry, of 36 Curtiss Street, Hartford, was born November 29, 1903 in Fitchburg, Massachusetts, daughter of Elizabeth (Bird) and Peter A. Morin.  Mrs. Barry attended the circus with her daughter, Gail, and both were found dead at the circus grounds after the fire on July 6.  They were buried at Mt. St. Benedict Cemetery in Bloomfield, after services at the Thomas P. Farley Funeral Home.  She leaves her husband, Hartford firefighter Vincent D. Barry, 38; her brother William Morin, 37; and her parents, all of Hartford.

Before the fire, Gladys was said to be looking for seats for her and Gail next to Gladys' niece, Nancy Spada, but their section was full so Gladys found seats near the animal runway.  Her body would later be identified at the State Armory by her sister-in-law.  In addition to keeping house, Mrs. Barry worked part-time as a piano teacher.  Her estate was awarded $13,500 by the arbitration board. 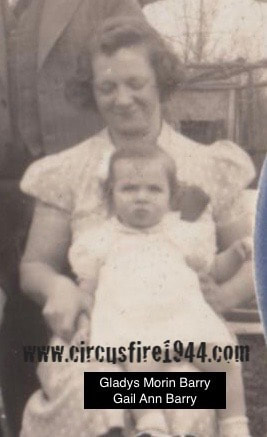 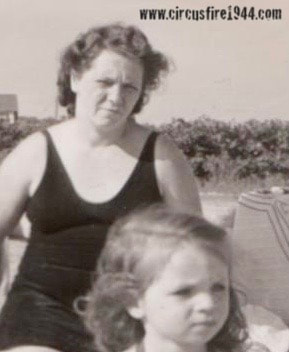 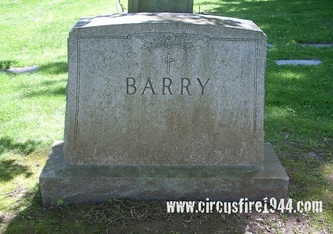 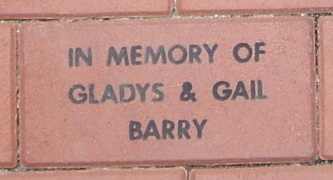 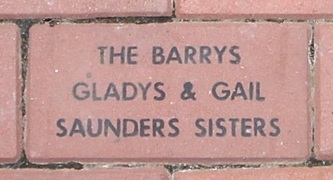 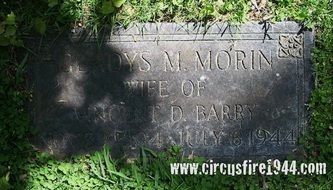