Miss Judith Ann Berman of 24 Stillman Road, Wethersfield, was born September 19, 1936 in Hartford, daughter of Rose (Pierson) and Hyman I. Berman.  She was found dead at the circus grounds after the fire on July 6 and was buried at the Meriden Hebrew Cemetery after services at the Hartford Memorial Chapel.  Judith leaves her father Hyman, owner of Berman's Department Store, and her paternal grandmother Mrs. E. Berman of Hartford.  Her mother Rose Berman was also a victim of the circus fire.

Body #1507 was identified as Judith Ann Berman at the State Armory by Dr. David Galinsky on July 6.  Judith was a student in the third grade, and also took dancing lessons.  Miss Berman's estate was awarded $7,000 by the arbitration board. 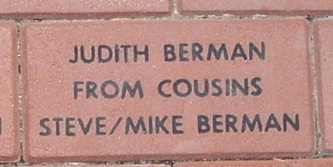 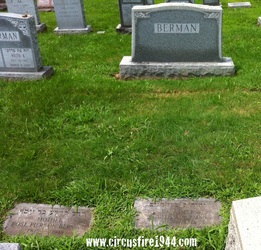 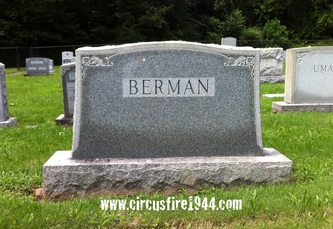 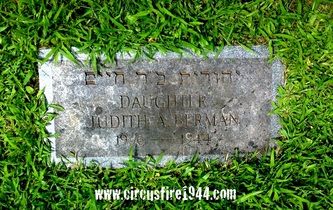