Miss Dorothy Elaine "Jimmie" Brooks of 39 Pershing Drive, Plainville, was born September 27, 1923 in Manchester, New Hampshire, daughter of Dorothy E. (Morrison) and Frank A. Brooks.  She was found dead at the circus grounds after the fire on July 6 and was buried at Pine Grove Cemetery in Manchester, New Hampshire.  Miss Brooks leaves her father Frank Sr., 46, and her brother Frank Jr., 16.  Her mother and two brothers, George and James, were also victims of the circus fire.

The trip to the circus wasn't a planned activity for the Brooks' on July 6th; Mrs. Brooks and her daughter "Jimmie" decided that day to take "the fellers" (George and James) to the circus.  Mr. Brooks had already gone to his job at Pratt & Whitney that day, and was likely unaware when he returned home from work that his family had been killed at the circus.  Jimmie's oldest brother, Frank Jr., was away at college, and didn't go to the circus with his mother and siblings.

Body #1571, found wearing a ring, went unidentified at the State Armory morgue and was one of the last 15 remaining bodies moved to the Hartford Hospital morgue where it was identified on July 8 as Miss Brooks, by her father.  Dorothy, known exclusively as "Jimmie", was a student at the University of New Hampshire and was home on summer break when she accompanied her mother and brothers to the circus.  Her estate was awarded $13,000 by the arbitration board. 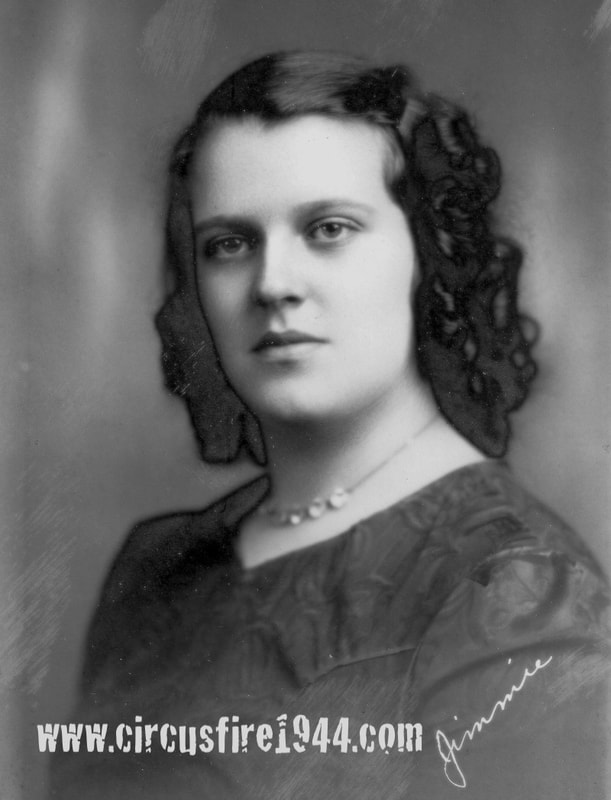 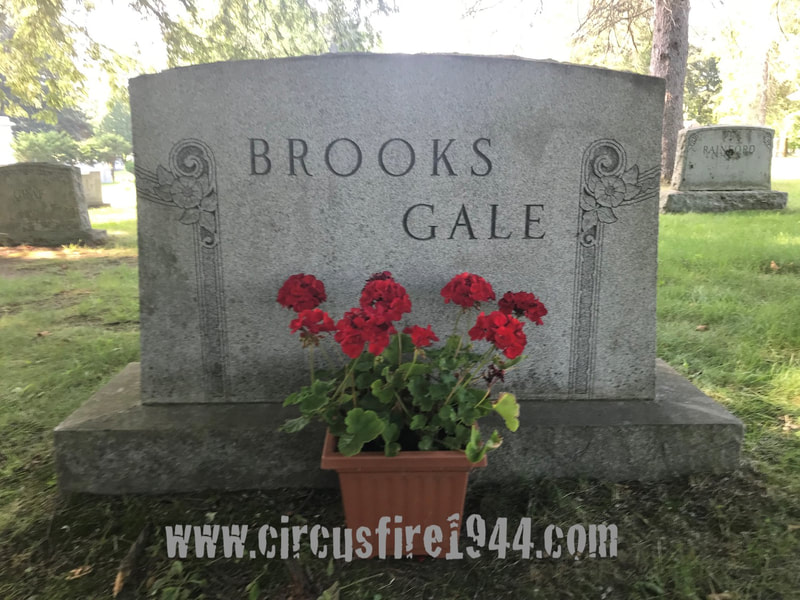 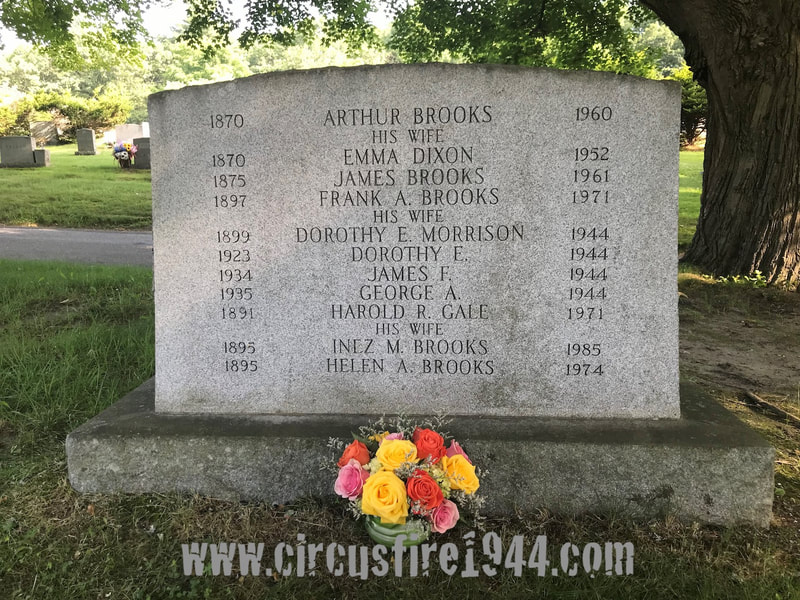 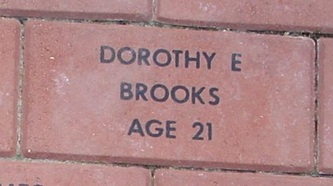 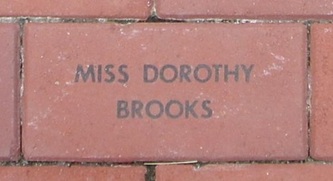 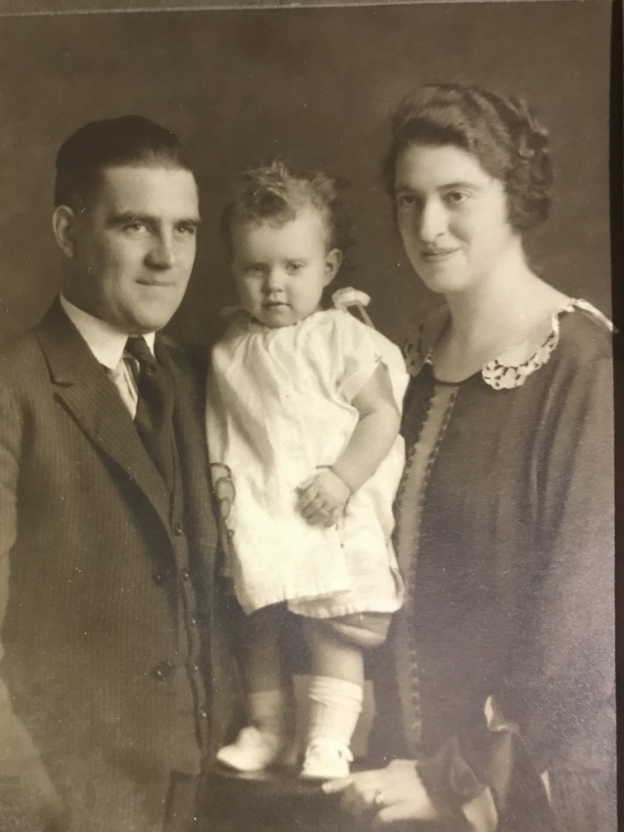