Emily Eliza (Jacobs) Clark of 116 Webster Street, Hartford, was born June 3, 1863 in New Haven, daughter of Henrietta (Dixon) and Alonzo David Jacobs.  She was found dead with her husband Edward at the circus grounds after the fire on July 6, and they were buried at Cedar Hill Cemetery in Hartford after services at the James T. Pratt Company Chapel.  Their daughter Grace was also injured at the circus fire, and would die from her injuries on July 24.  Emily leaves two sons, Howard D. Clark of Hartford and Whitney D. Clark of Boston.

Body #2164 was identified as Emily Clark at the State Armory by Dr. Madden on July 7.  Mrs. Clark's estate was awarded $5,000 by the arbitration board. 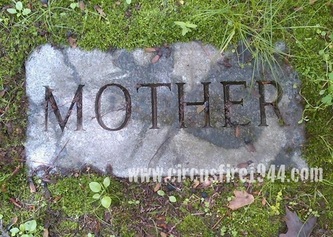 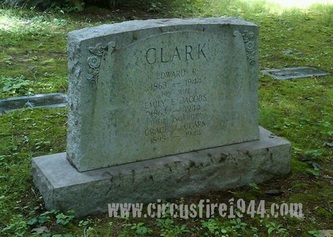 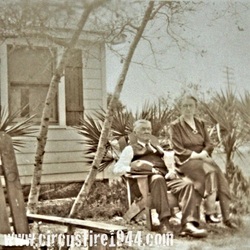