Katherine J. (Gallucci) DeNezzo of 104 Edwards Street, Hartford, was born September 12, 1908 in Hartford, daughter of Italian-born parents Rose (Puglise) and Antonio Gallucci.  She was found dead at the circus grounds after the fire on July 6 and buried at Mt. St. Benedict Cemetery in Bloomfield after services at Laraia & Sagarino Funeral Home.  Mrs. DeNezzo leaves her husband, Joseph A. DeNezzo, 40, who would marry Katherine's sister Mary after Katherine's death; her sister, Mary, 34; and her two brothers, John, 32, and Leonard, 30.  Katherine's son Joseph A. DeNezzo, Jr., 3, was also a victim of the circus fire, as well as her mother Rose Gallucci, and her niece Mary Jane Gallucci (John's daughter).

Body #2108 was identified as Katherine DeNezzo at the State Armory by her husband Joseph on July 6.  Mrs. DeNezzo's estate was awarded $10,000 by the arbitration board. 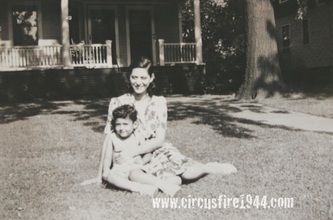 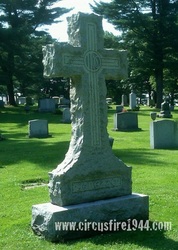 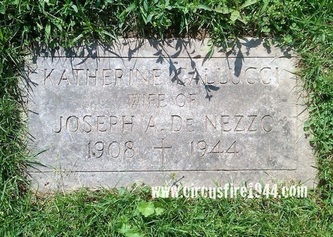