Mrs. Maurice (Wells) Goff, of Bellevue Square, Hartford, was born January 25, 1920 in Hartford, daughter of Georgia natives Gussie (Willis) and Richard W. Wells.  Mrs. Goff was found dead, with her daughter, Muriel Goff, age 4, at the the circus grounds after the fire on July 6 and the two were buried together in a single casket at Northwood Cemetery in Hartford after services at the S.M. Johnson & Company Funeral Home.  Mrs. Goff leaves her husband, Arnold, 28; her father; three sisters, Mabel Epps, Emma Wells and Theresa Ward; and a brother, Corporal Robert B. Wells, serving with the US Army in the South Pacific.

Maurice returned home early from a trip to New York, and she and her daughter Muriel went to the circus with her sister Mrs. Mabel Epps and her sons William, 8, and Richard Epps, 3, and neighbor Mrs. Patrica Smith and her son Luther Smith, Jr., 8.  The group sat near the top of the bleachers on the south side of the tent, and when they noticed the fire they went to the end of the seats.  William climbed down a wood support pole, Muriel and Richard were tossed down to him, and the children escaped under the canvas.  William lost hold of his cousin Muriel and she disappeared into the crowd outside. Maurice and Mabel jumped from the top of the bleachers, and also escaped under the canvas. Mrs. Smith assisted with Mabel, eight-months pregnant, who fractured her pelvis when she jumped and later lost her unborn son due to her injuries. Maurice, unable to find her daughter, began screaming "Where's my baby!" and went back inside the burning big top to find her.

Body #4510 was identified as Maurice Goff at the State Armory on July 6 by her husband Arnold Goff, who recognized the wedding ring that was found with his wife's body.  Mr. Goff had been waiting for his wife to return from New York, not knowing that she had returned early and gone to the circus.  Mrs. Goff was said to be completely burned, with little more than her skeleton remaining. Maurice was a graduate of Weaver High School in Hartford, Class of 1938, and was employed as a machine operator at Colt Firearms in Hartford.  Her estate was awarded $9,000 by the arbitration board. 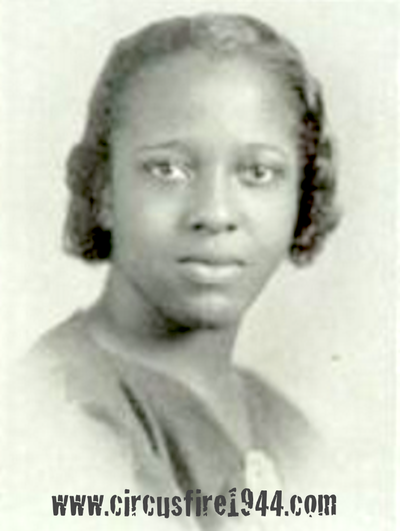 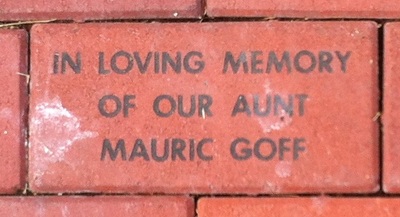 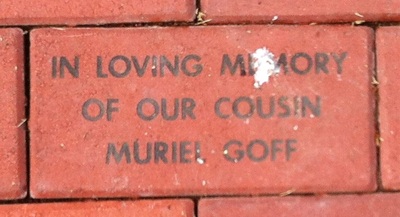 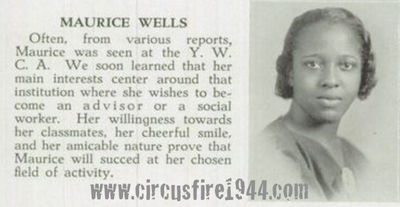