Mrs. Dorothy (Burke) Kuhnly of 28 White Street, Rockville, was born March 23, 1908 in Elizabeth, New Jersey, daughter of Lithuanian born parents Amelia (Macys) and Percy Burke.  She was found dead at the circus grounds after the fire on July 6 and was buried at St. Bernard's Cemetery in Rockville after services at the Ladd Funeral Home.  Dorothy leaves her parents, of Granby; her husband, Francis P. Kuhnly, 38; her daughter, Roberta, 9; her son Barry, 4; her brother John G. Burke, 33; and her sisters Miss Ruth Burke, 28, and Mrs. Georgianna Clem, 34.  Another daughter, Georgianna, 12, died four days after her mother from injuries received in the circus fire.

Body #2121 was identified at the State Armory as Dorothy Kuhnly on July 6 by her brother, John Burke, who recognized his sister's wedding ring.  Dorothy was healthy and active, and had been working as a bookkeeper and clerk at Miller's Grocery.  Her friends from the Degree of Pocahontas group attended her funeral together.  Mrs. Kuhnly attended the circus with her children, Georgianna, Roberta, and Barry, and also a neighbor, Betty Lou Wormstedt, 14.  Roberta and Barry sat in the front row and the others sat behind them.  The fire started behind them, and they were all separated and pushed by the crowd across the tent until they were pressed up against the animal runway.  Roberta climbed over, and a soldier helped Barry over and into Roberta's arms and they escaped together. Betty Lou escaped too, and found Roberta and Barry and the three waited by a tree for Dorothy and Georgianna,  Eventually they went to the police station and got a ride home from a neighbor.  It is believed that either Dorothy or Georgianna fell while exiting the burning tent, and when the other stopped to help they were both overcome by the crowd.  Dorothy's estate was awarded $10,500 by the arbitration board. 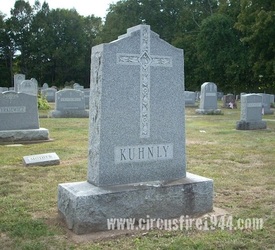 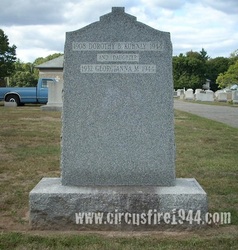 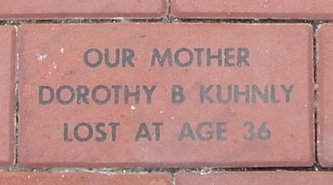 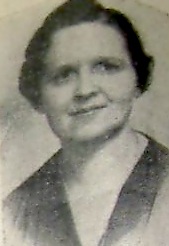 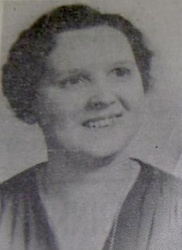 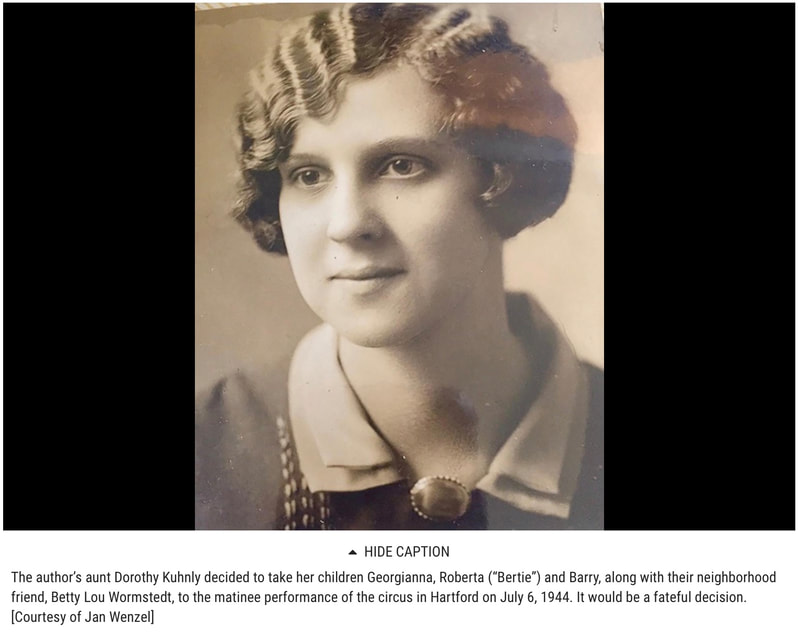 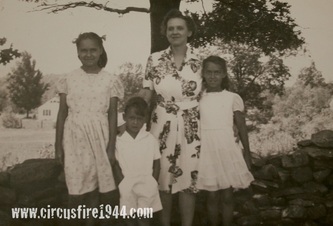 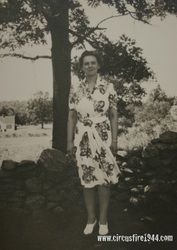 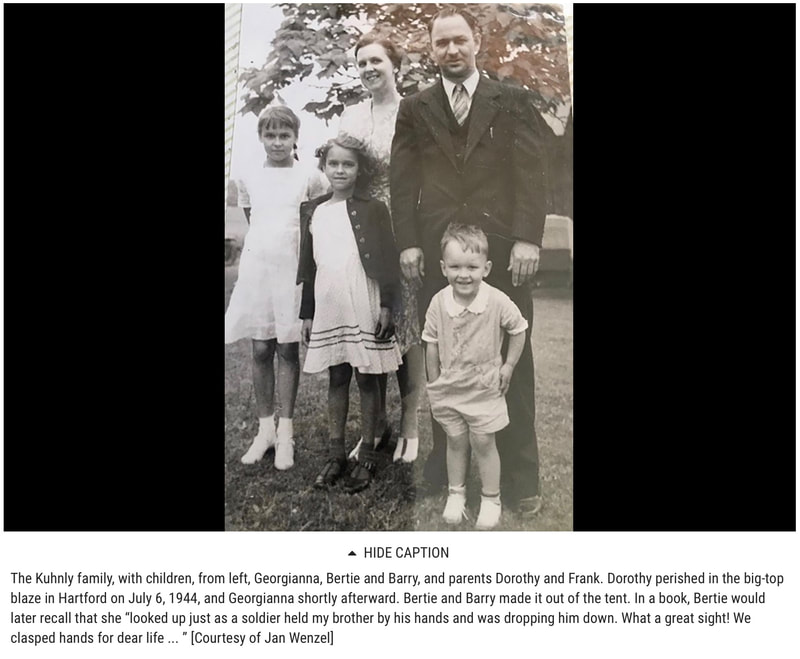