Daniel O'Brien, age 7, of 441 Highland Street, Manchester, Connecticut, was born May 14, 1937 in Manchester, son of Manchester natives Eleanor (Gribbon) and Lawrence O'Brien.  He was found dead at the circus grounds after the fire on July 6 and was buried at St. James Cemetery in Manchester after services at the Quish Funeral Home.  Daniel leaves his father, Lawrence, 34, and no siblings.  His mother, Eleanor, passed away two years earlier at age 27, and the family had lost an infant son in before Daniel was born.

Body #1512 was identified at the State Armory as Daniel O'Brien by his uncle, Joseph O'Brien on July 7.  A small amount of cash was found on the body.  Daniel reportedly attended the circus with Elizabeth Rester of Coventry, and friends from Philadelphia.  His estate was awarded $7,000 by the arbitration board. 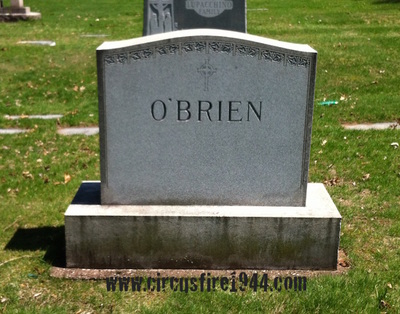 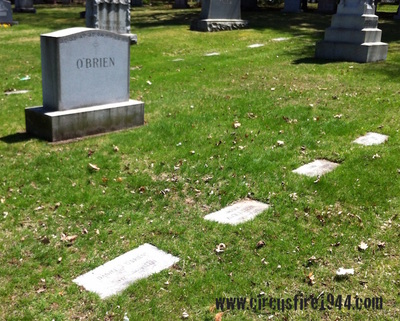 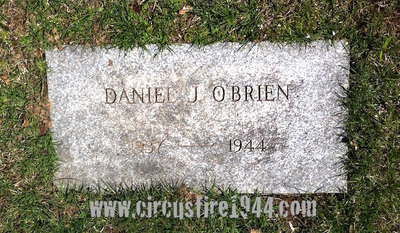 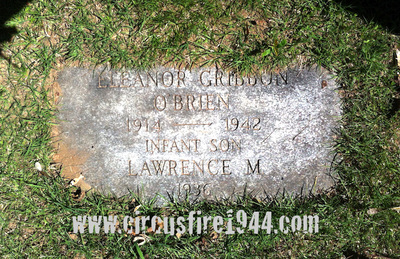