Miss Doris Jean O'Connell of Main Street, Unionville, was born August 7, 1939 in Bristol, Connecticut, daughter of Eveline (Breault) and Dr. Enos J. O'Connell.  She was found dead with her mother at the circus grounds after the fire on July 6, and they were both buried at St. Mary's Cemetery in Avon.  Miss O'Connell leaves her father; her brothers Robert, 6, and James, 2; and her sister Judy, 3.

Doris Jean attended the circus with her mother Eveline, her brother Robert, her grandfather Daniel O'Connell, and her great aunt Annie Burns.  The group sat in the northeast section of the big top, section V or W, and became separated when trying to escape from the burning tent.  Doris Jean was found dead in the arms of her mother, who had also died.  Annie Burns was found severely burned and later died from her injuries, while Doris Jean's brother Robert and grandfather were able to escape with their lives.

Body #1600 was identified as Doris Jean by her father, Dr. Enos J. O'Connell on Thursday, July 6 at the State Armory morgue.  Dr. O'Connell had been called in to help assist with the injured, and went to the morgue when he heard his wife and daughter hadn't returned home.  He identified his daughter from a bandage he had put on her finger earlier that day, still there inside her clenched fist.  Miss O'Connell's estate was awarded $6,500 by the arbitration board.

Doris Jean's brother Robert O'Connell's story about his family and their experience can be read here: A Circus Fire Survivor's Story 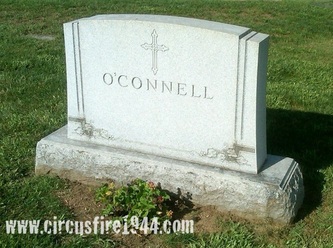 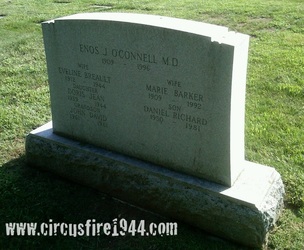 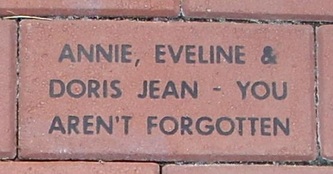 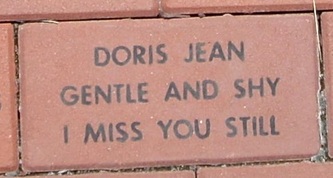 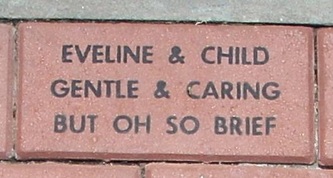 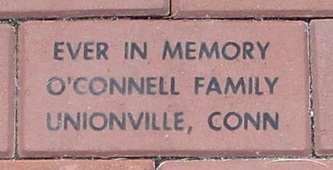 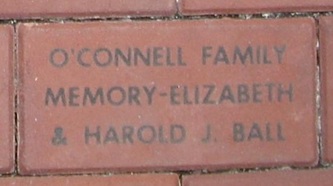 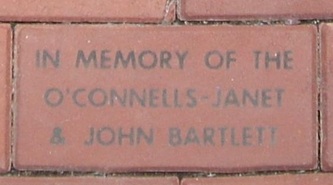