Bruce Carlyle Wakeman of 23 Grennan Road, West Hartford, was born May 30, 1937 in Hartford, son of Hartford-native Virginia (Thomson) and South Dakota-born Elwyn Darling Wakeman.  Bruce and his mother were found dead at the circus grounds after the fire on July 6 and were buried at Fairview Cemetery in West Hartford after services at the James T. Pratt Memorial Chapel on July 9.  Bruce leaves his father, Elwyn, and his sister Sandra, 3, both of whom survived the circus fire.

The Wakeman family - Virginia, Elwyn, Bruce and Sandra - attended the circus together, along with Bruce’s friend Stephen Milliken, 6. When they noticed the fire, Elwyn made his way toward the main entrance with Sandra on his shoulder and the other three members of his group behind him.  When he reached the animal runway, he realized that the others were no longer behind him.  He leaped onto the runway cage and threw Sandra into the arms of a man on the other side.  Elwyn then backtracked to find the others, without success.  He escaped with burns on his neck and back and was treated at St. Francis Hospital and discharged.

Body #1502 was identified at the State Armory as Bruce Wakeman by his father, Elwyn, on July 7.  Bruce’s estate was awarded $7,000 by the arbitration board. 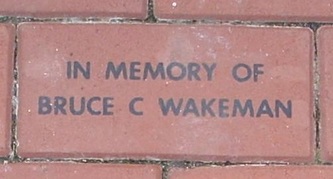 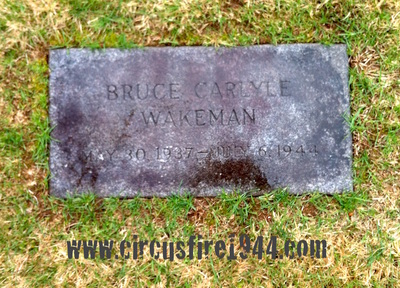 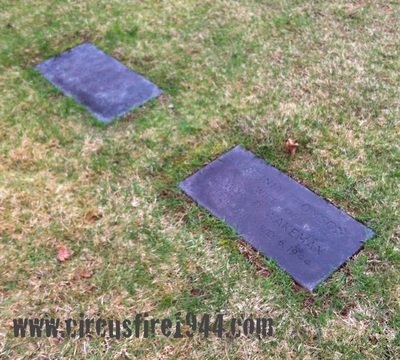 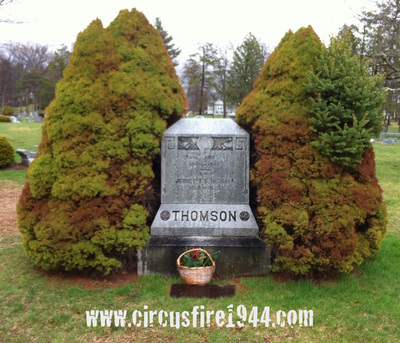 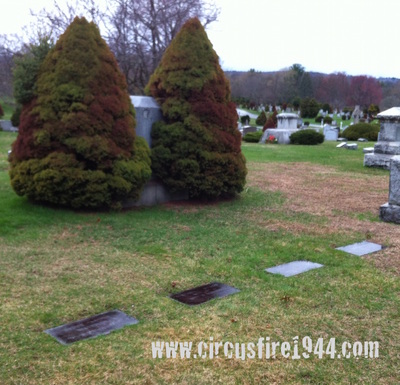