Mrs. Mary Catherine (Browne) Cosgrove of 24 Linbrook Road, West Hartford, was born October 11, 1890 in Middletown, Connecticut, daughter of Middletown native Catherine (Murphy) and Thomas Browne. She was found dead at the circus grounds after the fire on July 6 and was buried at Mt. St. Benedict Cemetery in Bloomfield after services at the Molloy Funeral Home. Mrs. Cosgrove was predeceased by her husband Joseph M. Cosgrove, a widely known insurance man who died suddenly at home just two years earlier on July 26, 1942. Mary attended the circus with her son, 11-year old Thomas Browne Cosgrove, who was grabbed by a clown or a showgirl and brought to safety after his mother was struck by a falling tent pole.  In addition to her son, Mary also leaves her father and two aunts, Mrs. Agnes G. Roche and Miss Annie Murphy, both of Hartford. Mary's son Thomas graduated from Old Lyme High School in 1950, and earned a BS degree in Economics from Boston College in 1954.

Body #2165 was identified as Mary Cosgrove by a cousin, Robert Roche of Wethersfield on Friday, July 7. Most of Mary's jewelry was missing from her body, except for a white gold and platinum bracelet with a safety clasp. She was a graduate of New Britain Teacher's College (now CCSU), and had taught special education at Hartford Public Schools for many years. Mrs. Cosgrove's estate was awarded $12,500 by the arbitration board.

Note: There is no stone marking the graves of Mary and Joseph Cosgrove. 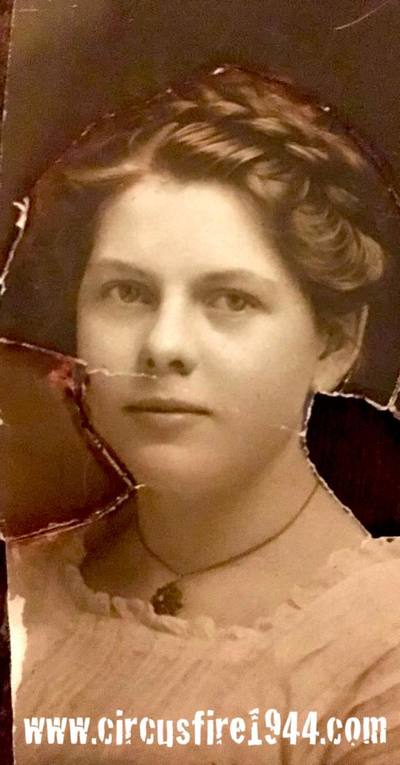 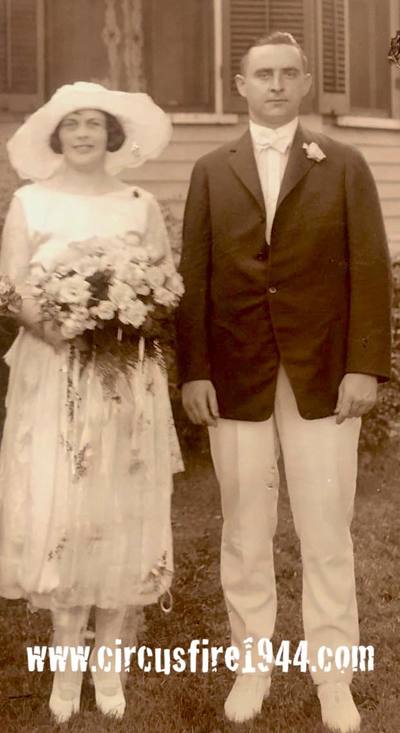