Miss Alice B. DuHamel, age 22, of 77 Orange Street, Hartford, was born August 29, 1921* in Hartford, daughter of Canadian-born parents Eva (Giard) and John B. DuHamel.  She was found dead at the circus grounds after the fire on July 6, and was buried at Mt. St. Benedict Cemetery in Bloomfield after services at E.G. Fisette Funeral Home on July 8.  Miss Duhamel attended the circus with her niece, Jacqueline Carrier, who was also a victim of the fire.  Alice is survived by her mother; three brothers, Alphonse and Lionel Duhamel of Washingston, DC, and George DuHamel of Hartford; and three sisters, Mrs. Gay Caya, Mrs. Rolande Carrier, and Mrs. Lorraine Palmer.

Body #2114 was identified as Alice DuHamel at the State Armory on July 7.  Miss DuHamel's estate was awarded $10,000 by the arbitration board.  She was a 1941 graduate of Hartford Public High School, and she worked as a clerk at Associated Transport Co., Hartford. 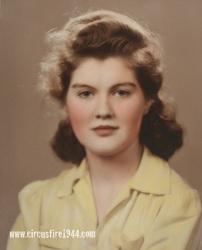 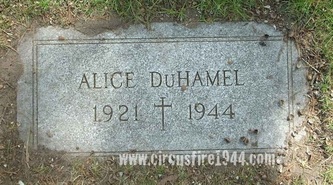 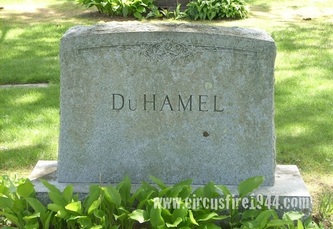 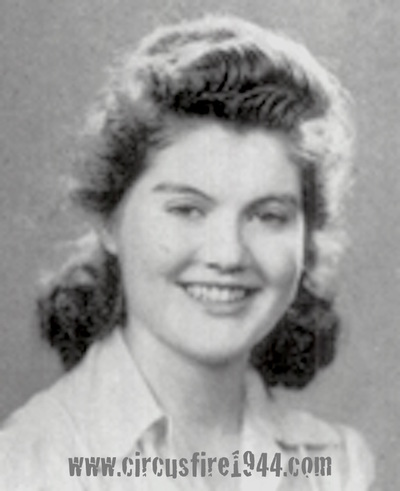