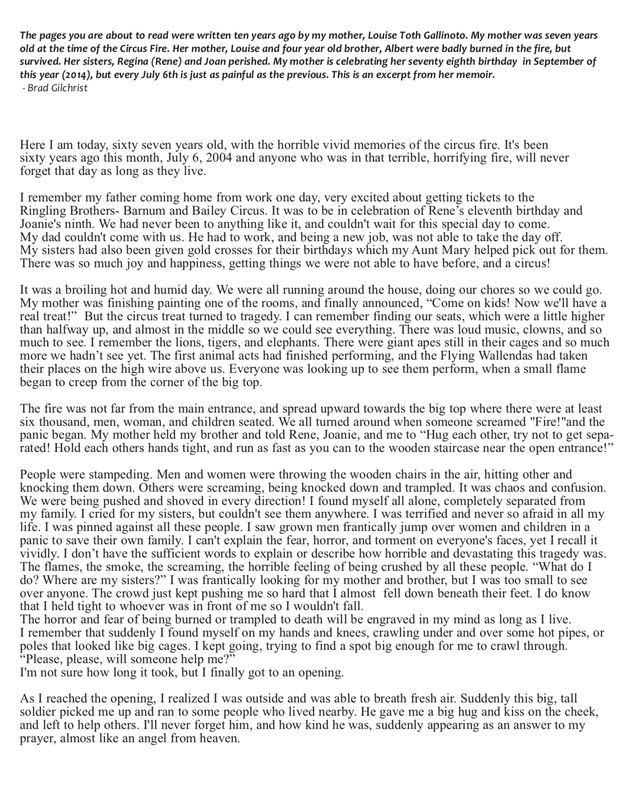 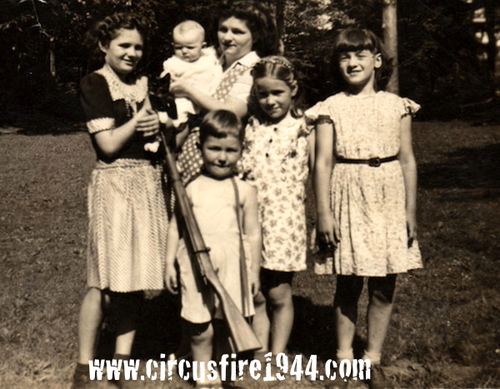 Image of the Toth's courtesy of Louise Toth and Brad Gilchrist, taken a few weeks before the fire. Regina on left, Albert front center, mother Louise rear center with a neighbor's baby, seven-year-old Louise to right of mother, and Joan on the right.
An addendum that we (Louise and her son Brad) wrote together a few days after the July 6, 2014 Memorial Service - which is on the last page of the Memoir:

I attended the Memorial Service for the 70th Anniversary of the Circus Fire last weekend, with my son, daughter and her friend. It was the first time I’d been to the Memorial or even allowed myself to be surrounded by such deep remembrances of that day. But it was such a tremendous step for me to begin to heal. I’d never had the chance to experience a funeral for my sisters - or had a chance to say “goodbye, I love you” to them, or even allow the door to be open to that emotion. Being there with other survivors and feeling their sorrow and strength, meant so, so much. It’s a beautiful Memorial to the people who were lost that day, and the lives that were changed forever. I’m grateful to all who are keeping the memories alive, even though they have been so painful for so long. Thank you!