Miss Shileen Theresa Fitzsimmons of 2425 Fairfield Avenue, Bridgeport, was born March 12, 1941 in Hartford, daughter of Hartford natives Marguerite M. (Brady) and Robert E. Fitzsimmons.  She was found dead at the circus grounds after the fire on July 6 and was buried at Rose Hill Cemetery in Rocky Hill after services at the Dillon Funeral Home on July 11.  Shileen leaves her parents and no siblings.

Body #1508 was identified at the Hartford Hospital morgue as Shileen Fitzsimmons on Saturday, July 8 by her father, Robert Fitzsimmons.  Shileen was a gifted and talented child and would have been starting school in September.  Body #1508 was one of the final ones to be identified and was said to be in bad condition, suggesting possibilities of misidentification. Her estate was awarded $6,500 by the arbitration board. 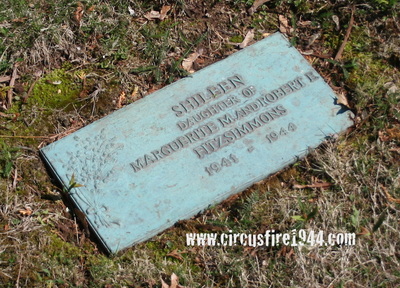 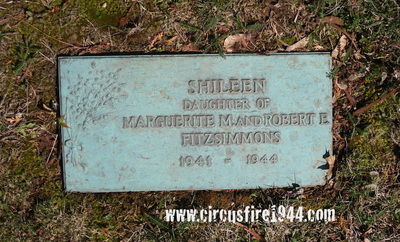