Mrs. Thyra Marie (Ekholm) Smith, of Canton, Connecticut, was born September 13, 1895 in Sweden, daughter of Swedish-born parents Ida Maria (Westerberg) and Carl C. Ekholm.  She was found dead at the circus grounds after the fire on July 6, and was buried at Canton Street Cemetery after services at Shea Funeral Home.  Mrs. Smith leaves three sons: Raymond, 29, and Ernest, 27, of Canton, and Corporal Frederick Smith, 25, with the U.S. Army in Panama; two sisters: Mrs. Elna (Ekholm) Hosmer, 38, of Westfield, Massachusetts; and Vera F. (Ekholm) Johnson, 35.  Thyra was predeceased by another sister, Bernardina "Dina" (Ekholm) Aldrich, a brother, Richard, and her husband, Harold W. Smith, who died on July 7, 1943 after a battle with cancer at age 53.  After the death of her husband, Thyra was said to have seen a fortune teller who told her she wouldn't live more than a year after Harold's death; the circus fire was one day before the year was up.

Thyra attended the circus with a her niece Marilyn Johnson, and a friend, Mrs. Helen Barnes of Canton and two of her children, including Georgianna Barnes.  Mrs. Smith and Mrs. Barnes sat at the top of the bleachers so the children could sit together in the front row.  When the fire broke out to their left, Thyra signaled down to Marilyn to run, and she did.  The children escaped without injuries, and Mrs. Barnes was critically burned but survived.  Body #2119 was identified at the State Armory as Thyra Smith by her son, Ernest Smith, on July 6 around 7pm.  Mrs. Smith's estate was awarded $7,500 by the arbitration board. 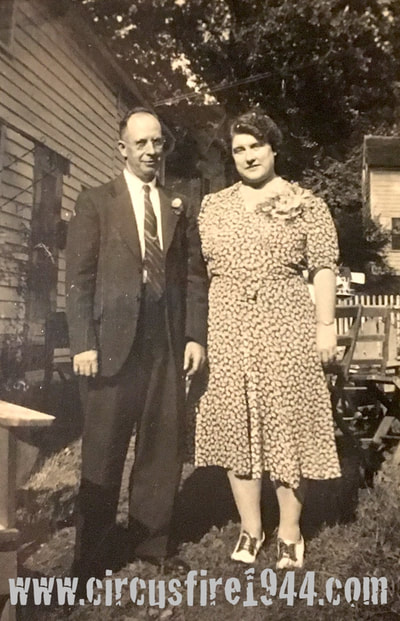 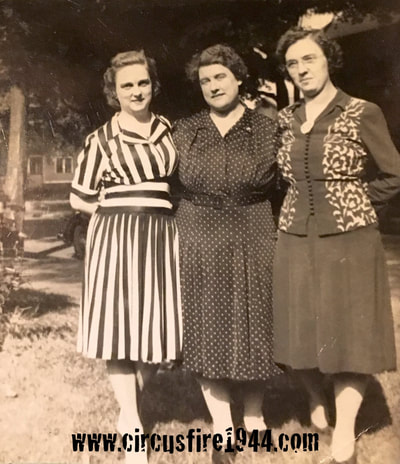 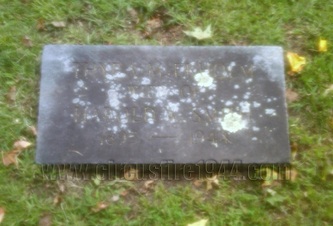 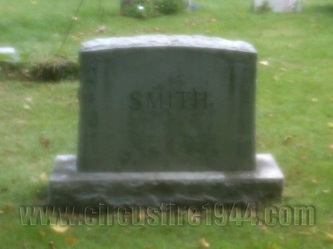 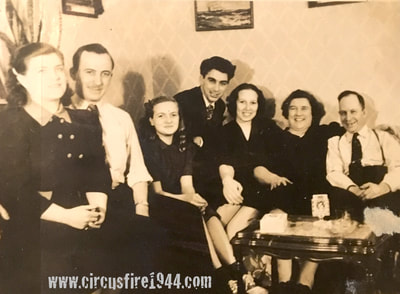 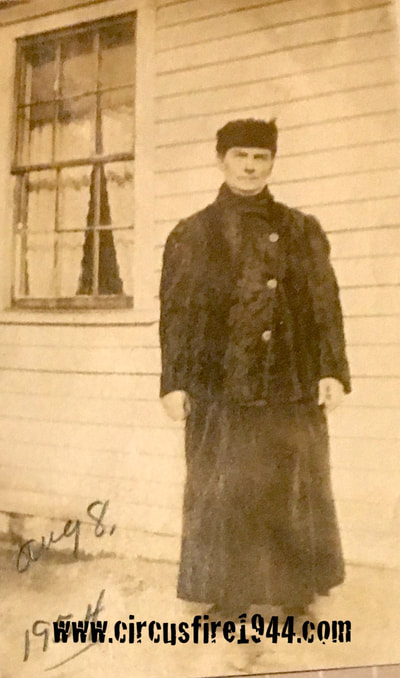 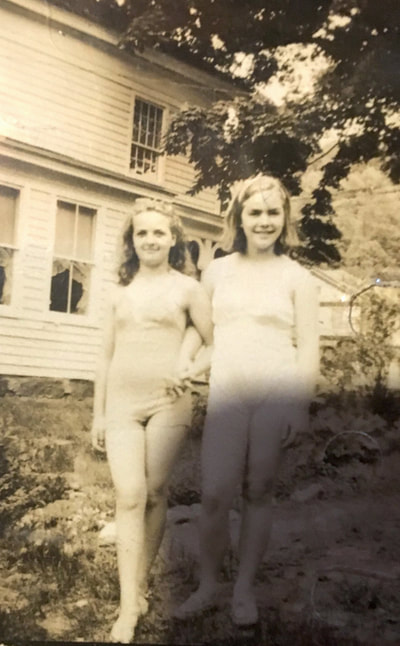