Miss Carolyn Marie Derby of 19 Boswell Road, West Hartford, was born March 15, 1938 in Hartford, daughter of Hartford natives Ethel (Gustavson) and William F. Derby.  She was found dead at the circus grounds after the fire on July 6, and was buried at Fairview Cemetery in West Hartford after services at the Taylor & Modeen Funeral Home.  Carolyn leaves her parents, Ethel and William Derby; her two brothers, William F. Jr. and Donald M. Derby; her paternal grandparents, Signe and George Francis Derby; and her maternal grandparents, Emma and Frank Gustavson.

The body of Carolyn Derby was identified on July 7 by her father, who recognized the red Dorothy from Wizard of Oz shoes that his daughter was wearing.  Carolyn attended the circus with her mother Ethel, her brother William Jr., and neighbors Anna and Loretta Dillus.  Only Ethel and William Jr. would survive the fire, with serious injuries.  Miss Derby's estate was awarded $6,500 by the arbitration board. 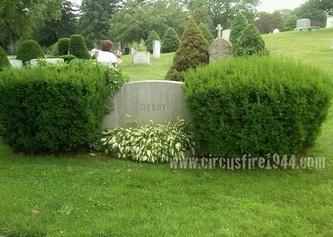 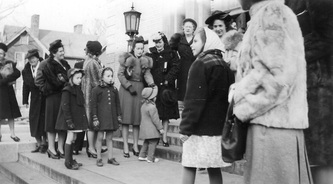