Peter Woodward Hines of rural Lakeville was born July 10, 1938 in Sharon, Connecticut, son of Nebraska born Ruth L. (Woodward) and Connecticut native and Lakeville veterinarian Dr. Charles P. Hines.  He was found seriously injured at the circus grounds after the fire on July 6 and was taken to Municpal Hospital where he died from his injuries later that evening.  Peter was buried at St. Mary's Cemetery in Lakeville, Connecticut.  He leaves his parents and his paternal grandparents, Margaret M. and Peter J. Hines, and a younger brother, Gerald M. Hines.  Peter's mother gave birth to another son, Charles Jr., just 2 days after the death of her son Peter.

Peter Hines attended the circus with his maternal grandparents Lucille and Edwin Woodward and their friends Mrs. Edith Corttis, 57, and Mrs. Elizabeth Putnam, 44; and Mrs. Putnam's daughter, Mary Putnam, 9.  No one in the party would survive.  Peter's grandfather Edwin was the Dean of Agriculture at the University of Connecticut in Storrs, and had previously been an instructor at the University of Nebraska and the Dairy Products and Food Commissioner for the State of Connecticut.  Peter's estate was awarded $6,500 by the arbitration board. 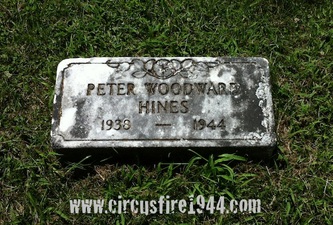 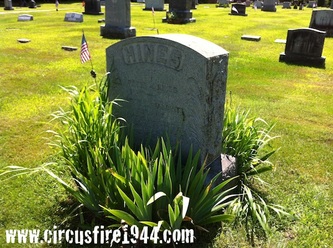 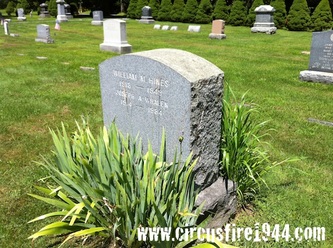 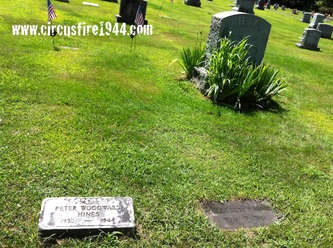 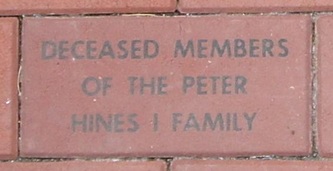 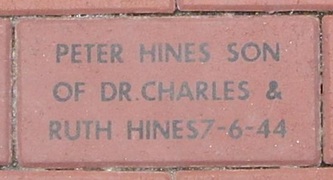 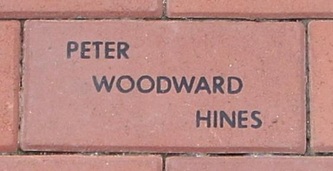