Mrs. Virginia (Thomson) Wakeman of 23 Grennan Road, West Hartford, was born October 29, 1910 in Hartford, daughter of Alice (Harvey) and Carlyle Clifford Thomson.  Mrs. Wakeman and her son, Bruce, 7, were found dead at the circus grounds after the fire on July 6 and were buried at Fairview Cemetery in West Hartford after services at the James T. Pratt Memorial Chapel on July 9.  Virginia leaves her husband, Elwyn Darling Wakeman, 42; her daughter Sandra, 3; her parents, of West Hartford; her brother, Paul Thomson, 34, of Long Island, NY; and her sister, Mrs. Dorothy Jane Hart, 28, of West Hartford.

The Wakeman family - Virginia, Elwyn, Bruce and Sandra - attended the circus together, along with Bruce’s friend Stephen Milliken, 6. When they noticed the fire, Elwyn made his way toward the main entrance with Sandra on his shoulder and the other three members of his group behind him.  When he reached the animal runway, he realized that the others were no longer behind him.  He leaped onto the runway cage and threw Sandra into the arms of a man on the other side.  Elwyn then backtracked to find the others, without success.  He escaped with burns on his neck and back and was treated at St. Francis Hospital and discharged.

Body #2103 was identified as Virginia Wakeman at the State Armory on July 7 by her husband, Elwyn; on the body was found a ring.  Virginia’s estate was awarded $11,000 by the arbitration board.  She was a 1928 graduate of Hall High School, studied at the Springfield Library School, and spent several years on the staff at the Mark Twain Branch of the Hartford Public Library. 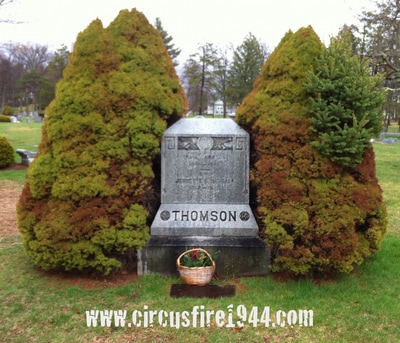 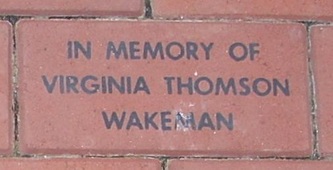 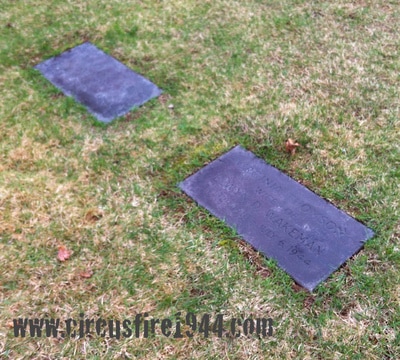 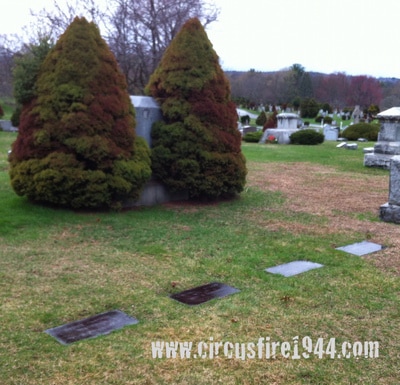 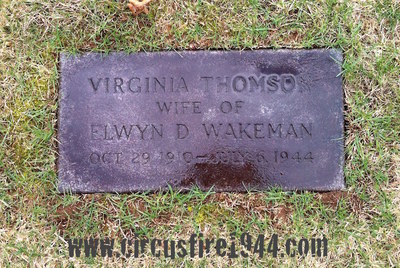