Mrs. Elizabeth B. (Hamilton) Putnam, of Mansfield, Connecticut, was born April 17, 1900 in Scotland, daughter of Elizabeth (Beveridge) and Robert C. L. Hamilton.  Mrs. Putnam and her daughter Mary were found dead at the circus grounds after the fire on July 6 and were buried at the New Storrs Cemetery in Storrs after services at the Storrs Congregational Church on July 9.  She leaves her husband, University of Connecticut Professor of Farm Management and State Farm Labor Supervisor Paul Lee Putnam, 45; her daughters, Elizabeth Ann, 16, and Judith Lee, 13; her sisters, Mrs. Jean C. L. Green, 46, of Philadelphia and Miss Agnes Y. Hamilton, 50, of Hartford; and her brother, William Hamilton, 54, of Yonkers, New York.

Body #1575 was identified as Elizabeth Putnam at the State Armory on July 6 by her brother-in-law, Samuel J. Putnam of Wethersfield.  Elizabeth was a graduate of Hartford High School, a 1924 graduate of the University of Connecticut, and married Paul Putnam in 1925.  She worked as a Home Economics instructor at the University of Connecticut until 1928 when she became a mother and devoted her time to taking care of her home and family.  She was active in many community groups, including the Girl Scouts.  Her oldest daughter, also named Elizabeth, was said to have had a premontion while working in the tobacco fields on the day of the fire that something bad had happened to her mother.  Mrs. Putnam and her daughter attended the circus with the Woodward's, Edwin and Lucille; their grandson, Peter Hines; and friend Edith Corttis, all of whom were also victims of the fire.  Elizabeth's estate was awarded $14,000 by the arbitration board. 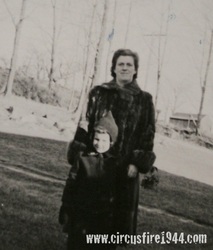 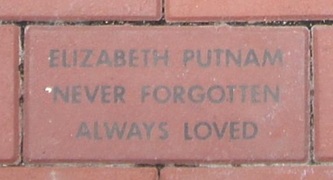 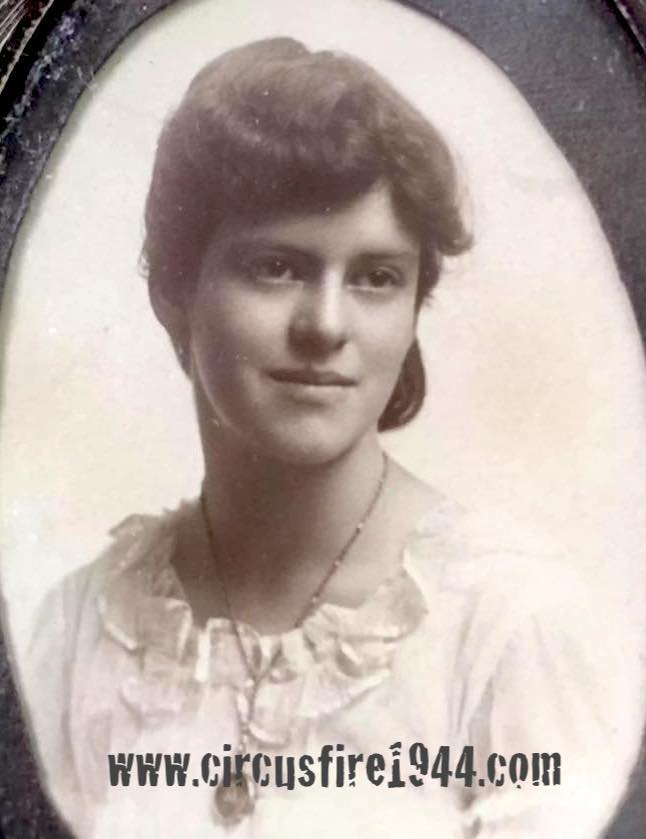 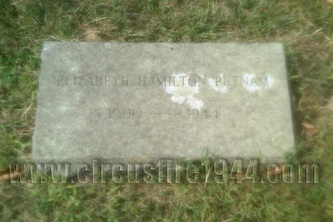